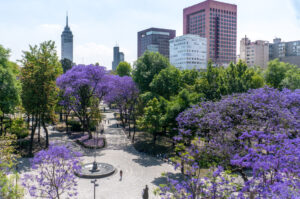 We are a proudly Mexican company that seeks to offer unique travel experiences to all those passionate about knowing the most beautiful destinations in Mexico, its traditions, culture and cuisine. Our goal is to build authentic memories that enrich those who visit our country. 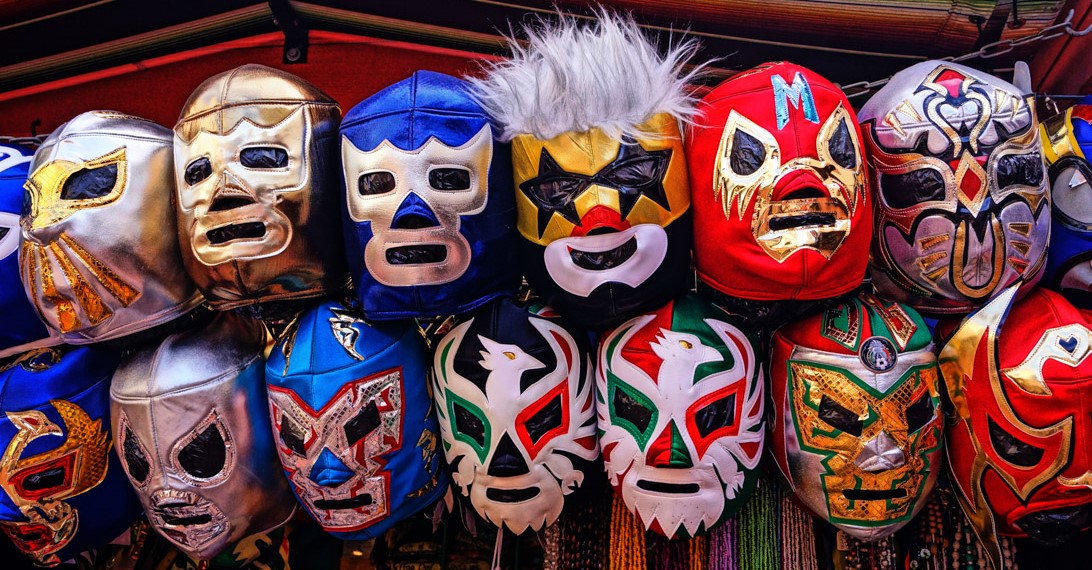 A sport with tradition that combines dexterity, strength and theatricality. Quite an experience when you visit Mexico.

A key to the head, the breaker or the famous hurracarrana are the most requested movements in the ring. Those are movements of Mexican wrestling that have become iconic in recent decades for its combination of history, tradition and folklore. This wrestling style has combined elements of the Greco-Roman, Olympic, intercollegiate disciplines and different martial arts elements combining the assembly of a colourful and exciting show in the ring. [1]

The Arena Mexico and the Coliseum are in Mexico City the two great temples where the masked gods that have left a permanent mark on the collective memory of Mexicans are crowned and venerated. Names like El Santo, Blue Demon or Mil Mascaras are recognized worldwide and have given special fame to the Mexican style of fighting for its unique touch.

The masks in Mexican wrestling are especially worthy of admiration. They mean for the fighter the most important thing to defend inside the ring. They represent his identity and have a close relationship with the character in its style when fighting.

The tradition of masked celebrities was born in 1934 in Mexico with McKey Cyclone, a wrestler from Texas. Having lost his first fight on Mexican soil, he asked who then made the shoes for the wrestlers, Don Antonio Torres, to make him a mask to avoid being recognized in his next combat. Don Antonio then created after several attempts a series of measures to adjust the accessory to the face of the fighter to make it as comfortable as possible. These 17 measurements are still used as a standard to create the current masks. It was then that La Maravilla Enmascarada was born, the first character that would give way to a Mexican tradition recognized around the world. [2]

Going to the lucha libre in Mexico is an experience in which you can feel the most intense emotions. An excellent opportunity to let go of stress and scream at the top of your lungs supporting the side of preference. “Los rudos, los rudos, los rudos!” is heard in the Arena while the pancracio, another way to call the ring, resonates with the fall of a spectacular body slam. Or on the other hand, there are those who support the technicians, traditionally the characters that embody justice and that are for many Mexican as superheroes.

Whatever your preference, this experience is fun and interesting, exciting and full of small details that make it unique. Everything begins when you arrive at the site and see the people formed with the desire to be able to enter and take their seats. Once inside, order the most typical snacks, such as chicharrones, cueritos, potato chips with salsa and accompany them with a good beer.

When the show begins, the audience gets excited. The music with which each fighter presents him or herself always leads people to total enjoyment. The warriors of the ring are greeted with applause and boos from the audience, depending on the popularity of each fighter. You can observe matches of pairs, trios or quintets. There are unusual turns, keys, throws and punches that after 3 falls will define who will be the winner of the battle.

All this happens in venues that, despite having more than 70 years of tradition, continue to attract people of all ages and social status. Lucha Libre is a Mexican cultural treasure appreciated by visitors from different parts of the world that you cannot miss.

Contact us and enjoy a meet and greet experience with a professional wrestler and have the chance to train like a real luchador!

Preferably buy your tickets before the day of the show to have the best seats. Do not forget to always have cash for snacks and souvenirs and be prepared for everything since each contest will have unexpected turns.

Chapultepec, a forest within the city

The history of the structure of a mixed culture

Xochimilco, dive into the nature´s colors